A founding member of the Media and Learning Association, AUNEGe is the French digital university for economics and management. France doesn’t have an Open University, but it does have a very strong OER movement, in which the digital universities are particularly active. There are eight of them in total, organised around the main disciplinary families. AUNEGe is a national association with about 20 members, representing over a third of all higher education (HE) institutions who offer management and economics courses. Video and media in general have a long history in the French HE landscape, from the production of scientific films and televised broadcasting of lectures, through to the development of video-based OERs and of course MOOCs. There are more than 1,100 OERs on the AUNEGe portal, including the category “les essentiels” based on short (3-5 minute) videos created by specialists in particular themes. AUNEGe is proud to have supported Quand la colère fait tomber les masques which won the MEDEA Award for Professionally Produced Educational Media in 2012.

To find out more, read what three members of AUNEGe have to say about their activity and their relationship with the Media and Learning Association.

Florence Ducreau, Treasurer and Board member of AUNEGe in charge of international affairs

I am a higher education teacher specialising in management, and a founding member of both the CANEGE Digital Campus and the AUNEGe Digital Thematic University. I am also responsible for International Relations at AUNEGe. I was the director of Videoscop, the audiovisual and multimedia production centre of the University of Nancy 2 for more than ten years and have a longstanding experience in European projects under the e-learning, LLP and ERASMUS+ programmes.

It was through participating in the MEDEA2020 project that I became involved in the Media and Learning conference, MEDEA Awards and the Media and Learning Association. I also participated in the joint Digital Thematic University working group on the integration of OERs in teaching practice, have authored several OERs myself, and was a contributor to the ERASMUS+ project D-Transform (digital transformation of Higher Education).

Gérard Casanova, AUNEGe representative on the Media and Learning Board

I am a lecturer at université de Lorraine and, back in the early 2000s, participated in the ancestor of AUNEGe, the CANEGE digital campus for economy and management. I thus joined AUNEGe quite naturally, producing several OERs myself and accompanying other teachers to produce their own.
Within AUNEGe I participated in the European project MEDEA 2020 where I developed a training course for teachers and audio-visual staff wishing to produce web documentaries.


I have also been involved in several national AUNEGe projects, for example Pericles, which produced tools for evaluating and recommending OERs. For AUNEGe, I contributed to the creation of the Media & Learning Association and have been a member of the Board since the very beginning..

Before joining AUNEGe in September 2018, I ran the educational technology and distance learning department at the University of Burgundy in France and, before that, worked for over 10 years as a learning designer and project manager at Vidéoscop, the audiovisual and multimedia production department of Université Nancy 2.
Educational media has thus long been an integral part of my work, and I have a strong interest in how we use it for teaching and learning, not just as a medium for transmitting knowledge, but also as a process through which learners can develop other skills.

For example, in my own teaching, I give my students an assignment which entails producing a digital artefact on a given topic. My role is to provide them with the methodological grounding to realise their project, and to raise awareness of the soft skills they need to mobilise, in terms of collaboration, leadership and communication. During my time at Université Nancy 2 I was closely involved in the MEDEA Awards and the Media and Learning Conference, and am happy to be participating actively again in my new role at AUNEGe.

Find out more about AUNEGe 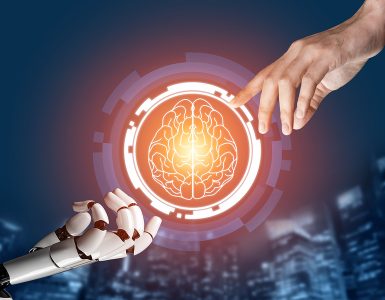 By promoting and inspiring professionals, EDEN’s mission is to increase the potential of exchange of academic and professional experience. The 29th EDEN 2020 Annual Virtual Conference will take place on 21-24 June using... 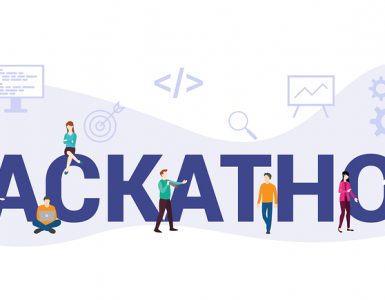 CovEduHackathon 2020: Designing Group Assessment in a post COVID-19 world will take place on 10th and 17th June. The hackathon will take place online and will be split into two separate 3-hour sessions. Organised... 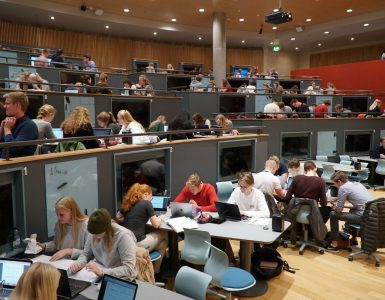 Universal design of digital content has been on the agenda for some time now. At NTNU we have also been working on the topic – trying to keep up with new regulations and technological development. For the time...

Looking at the world through a Media Literacy Lens